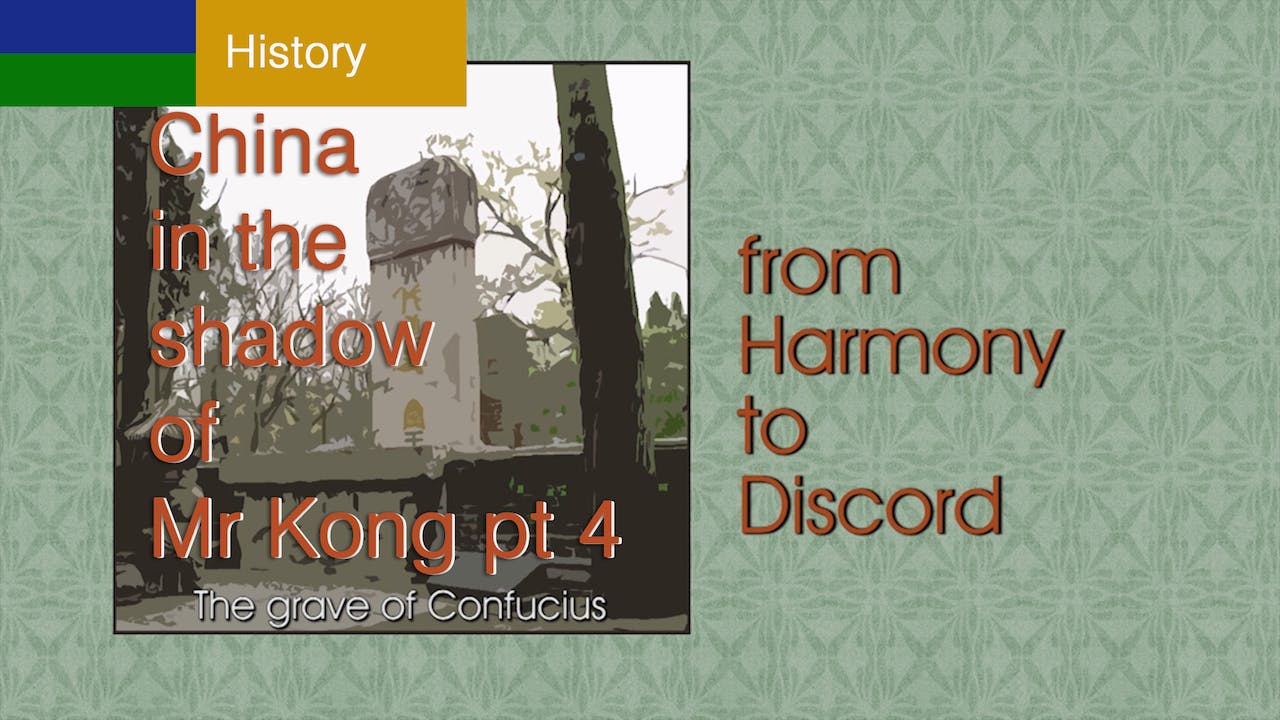 CHINA IN THE SHADOW OF MR KONG part 4

CHINA: IN THE SHADOW OF MR KONG part 4

4. From Harmony to Discord:  Music, Gardens, Painting, Science, The Descent into Chaos

As an undergraduate at Cambridge Malcolm Hossick met and was first enthused about China by Joseph Needham who had just spent a number of years studying Chinese Science and Civilisation living on the banks of the Yangtse Rriver and was publishing the first volume of his great work on the subject. When, a year or two later,  the chance came to go to Bangkok (then almost unknown) and teach English to the crown Prince of Thailand he couldn't refuse. It was impossible to even enter China at the time and Thailand and the Thai Court as he encountered it, was the Orient. (Siam was for a long time a tributary state of China). Ever since then he has studied and followed the fortunes of China in all its aspects, been appalled by what happened over the last 60 years or so and enthralled by the possibilities opening up as China has climbed back onto the world stage.

Malcolm Hossick left Thailand after seven years and joined the BBC where he learned the craft of film making, directing, writing and producing films of all sorts. Since then he has worked as an independent film maker and with the enormous strides in film technology to help him, he has at last fulfilled a long held ambition to make a film about China, more or less singlehanded. This means that there are no committees to please, no one to say you can't do this or that and the result is a view of China which is as much his view of life and civilisation as a whole as it is of China. That this film reflects his deep admiration for China, it's culture and it's people is without doubt, even if it may not please the current government.

Like anywhere else China is not one thing or another but a whole kaleidoscope of elements and the series of five programmes ranges over art, history, music, science, politics, education, all the ingredients which make up a people as well as relating it all to the world scene. Clearly China is for the time being the workshop of the world but it is so much more than that, has so much more to offer to the outside world, that the more we know about it the better. The more we know of another individual the easier it is to trust each other and work together. So it is with nations. It is the simple aim of these programmes to make China better known, better valued and so a trusted partner in the struggle to benefit and improve the lot of our species.