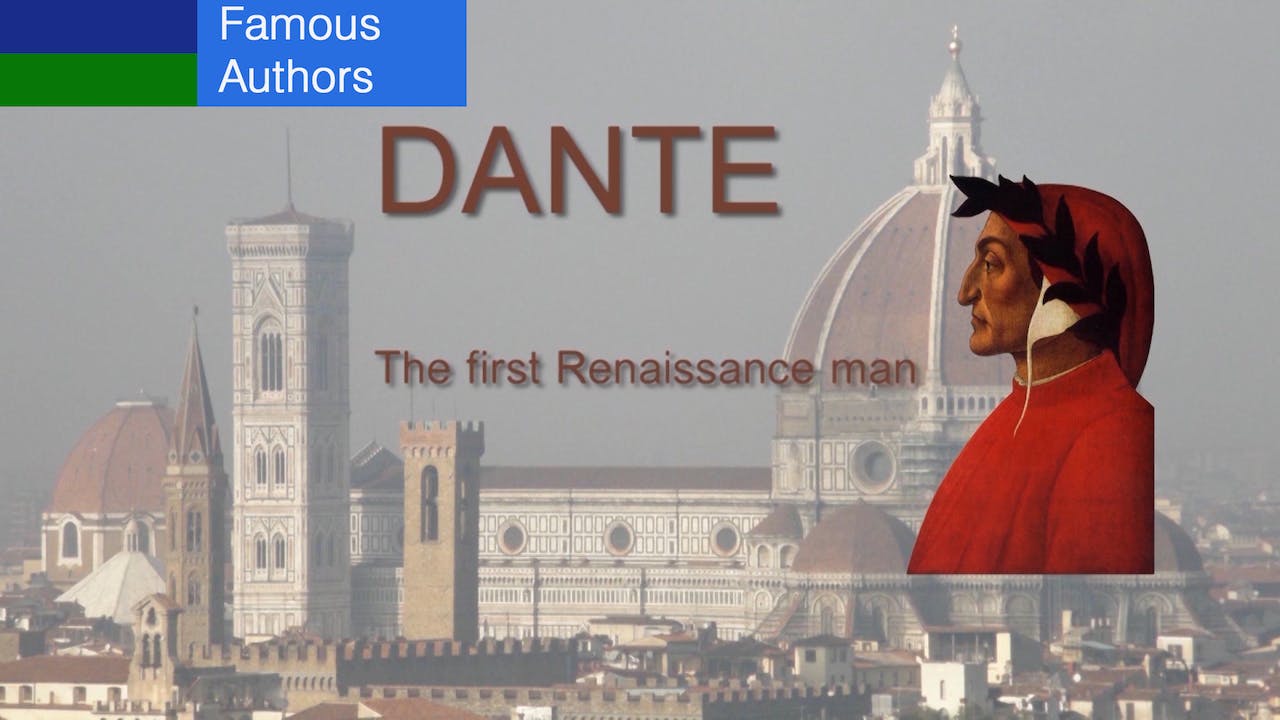 Born in 1265 in Florence, Italy and a writer whose major work is a vast poem called The Divine Comedy about a journey to the underworld, Dante might be thought a tall order for most people to digest 750 years later. But Dante's best friend was well known for maintaining that he didn't believe in God, Dante wrote his great poem in everyday Italian instead of Latin and his travelling companion to Hell and beyond was the Latin poet Virgil who lived and died before Christianity was even thought of. On top of this Dante's imaginary Paradise brought him to Beatrice the girl he had loved all his life. It seems to have been his goal. All this means that Dante is a personality whose existence and work was very much the starting point of the new way of looking at the world which we call the Renaissance and which still develops today. For sheer imaginative power Dante is hard to beat. This film by Malcolm Hossick uncovers the background of history from which he came and the way in which he helped to establish a new view of the world where individuals mattered more than rulers, authorities, bossy people and all those who had been busy running the world to suit themselves instead of the man in the street. Without the changes begun in Dante's world it is difficult to see how the democratic system which is now spreading across human society would have become so well established. Of course democratic success depends entirely on the quality of the people who run it and in Dante's visit to the underworld we are left in no doubt that mankind is as capable of behaving badly as achieving great things for human society.