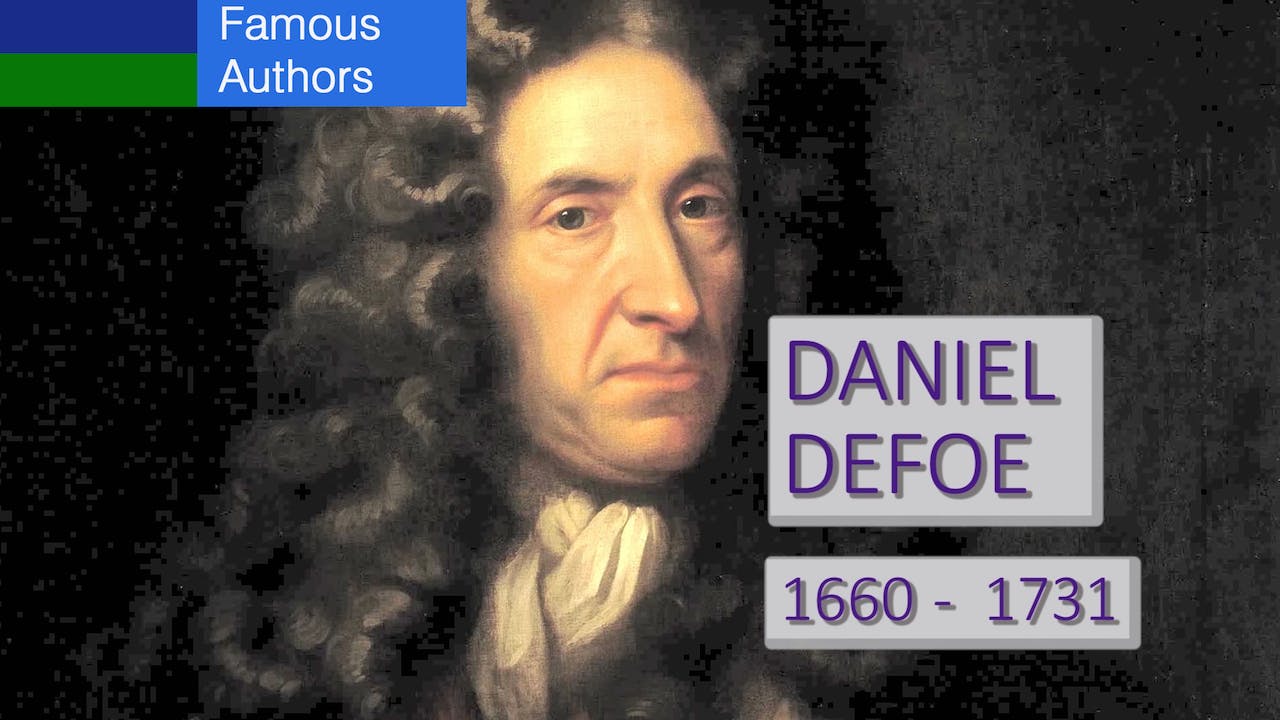 Daniel Defoe 1660 - 1731
Daniel Foe was born in Cripplegate, London in 1660, the son of a tallow chandler. His father was a dissenter in religion with strong puritan views. Defoe was sent to a dissenters academy in Newington where he received a good education. He began working as a journalist as well as being a secret agent for the government. He travelled widely and in his later years successfully published many works of fiction. He died in poverty in London in 1731. The film is followed by a brief overview of his work